In Sigmund Freud’s psychosexual development theory there is an interesting phrase that describes a girl child’s desire for penis, and the power that it represents. This is described as penis envy. I ain’t Freud’s fan a bit; everything in his theory sounds crazy but I own a strange feeling that no word could describe, and which somehow relates to his penis envy concept.
After I became father I started wondering why I can’t breastfeed my daughter. I shared my funny state of mind with Germaine, a Singaporean friend, who inspired me with stories she read about male breast feeding being possible in some scientific research papers. It is known as male lactation.  She gave me a few living examples including a western doctor and a Hollywood actor. I tried a few times myself but my daughter would look at my face and smile away. 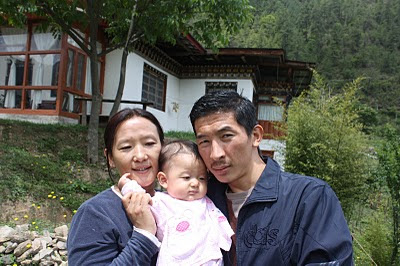 It is too much a job for a mother to carry the baby for nine months in her belly, suffer the near death experience of delivery, and still having to sooth the baby every now and then, even in the middle of night. What are fathers for? Gone are the days when fathers go out in search of food, now a days if father puts the bread on the table it is mother who puts the butter. But god needs to redesign the human anatomy. Why did he have to give both to woman after all, what if the mother passes away? Why did he have to give two little nipples to man when he had no intention of filling it up?
My daughter likes playing with me, knowing I could lift her higher than her mother do and take her places out of home. But every now and then she looks for her mother despite my hardest effort in pleasing her. When she wakes from her naps I love being by her but she would cry as if she saw a stranger, only her mother’s presence would make her smile. She can spend days without me and that makes me feel inferior. I am almost unnecessary in my daughter’s growth. If only I could breastfeed her I would feel like a complete father.
Cc: to God, for necessary action.
By PaSsu at 11:02 pm