Email ThisBlogThis!Share to TwitterShare to FacebookShare to Pinterest
I should have written this a long time ago but when the Fest was happening I was caught up in the transfer confusion. The Short Film Festival was an edited form of eLearning resources competition which my student Chidananda conceived. I reduced the scope to just Films and then let him mastermind and managed the whole festival. 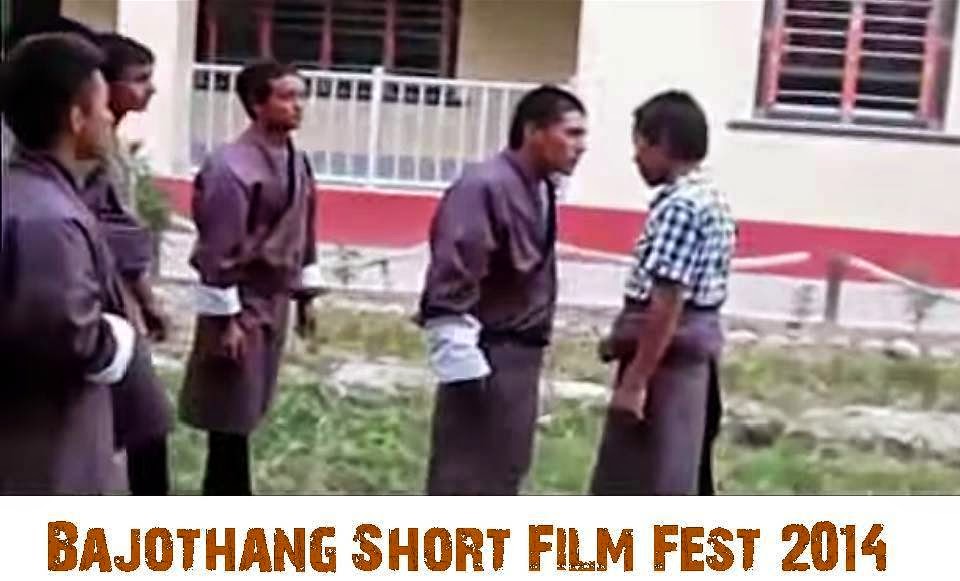 Still from a Movie

We invited 18 sections of senior classes to submit a short clip each for the festival and we promised that best 10 will be broadcast on local TV, and the best 3 will be shown to the whole school.
Length: 3 to 5 minutes
Theme: Youth for Change
Format: Any
Deadline: 20 September 2014 (But it overshot several times)

(Compilation of all the movies)

Excited Chidananda pushed everybody so hard that he got the fest done against so many odds. He handed me the compilation of 15 clips for judgement. I don't know which one won but in those 5 min clips I saw amazing things- I loved the way so many children were involved with so much of excitement. The seriousness with which everybody played their role, even the otherwise shy Ms. Nidup Pem who appeared in two of the clips was both touching and motivating.

The technicals and the quality of the videos are full of flaws but what is flawless and priceless is the sincerity with which the children appeared before the cameras, and in some cases the depth of the stories they tried to tell from the darkness of their generation.

I hope there will be next Film Fest in 2015 without me and I hope it will bring out the best in many people, bring out the stories that are dying to be told and bring together people and talents. I want to applaud and thank Chidananda for making it happen, and Ms. Nidup for being there- You are awesome.  And thanks to all the actors, directors, cameramen, and teachers who help the children in making the movies.
By PaSsuDiary at 3:17 pm