La Ama is perhaps the first book I have read completely in a long time. And the very first book I have finished in on sitting. I am a very slow reader and 198 pages would usually take me over a week but Chador Wangmo has begun her book with a tight knot of suspense and I didn't want to put down until I untied it. Soon I found myself too engaged with Dechen Zangmo and wanted to be by her side until she wakes up. 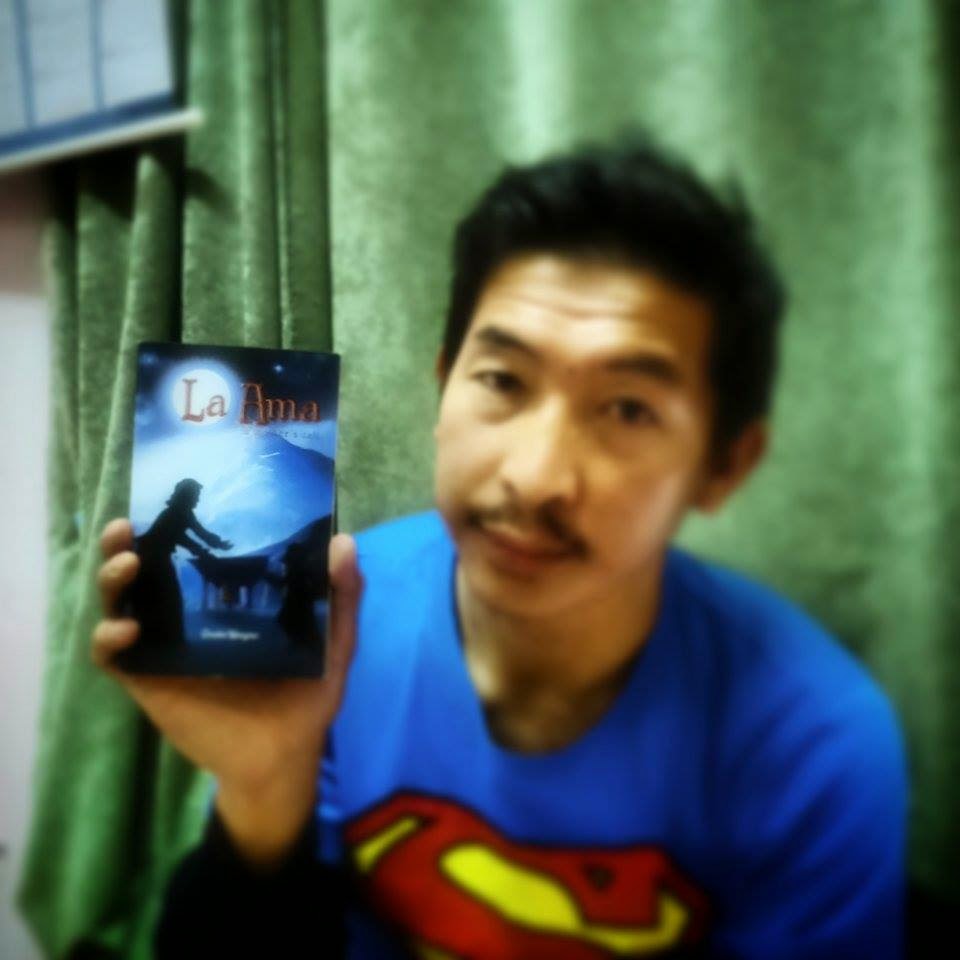 Chador has invented a unique plot that is strategically woven to fly us across time and places and put us in exactly same state of being as the narrator. Chador's mastery over English language brings out the strong waves of emotions that the story has to offer.

The story is about a girl who is abandoned by her parents and abused by people in whom she places her trust. She has surrendered to her fate and hungry husband, until one day it becomes too much for her. In her attempt to escape from her brutal husband and with nowhere to go she meets with an accident. In that deep unknown space between life and death, she finds herself with her mother putting together the pieces of puzzles from the past and reconnecting with her. She discovers that she has been reliving her mother's mistakes.


"was there any reason to fear the outside world when brutal predators existed within the family walls?" (p.126)

I don't want to risk writing any more about the story lest I land up looting the charm from your desire to read yourself. Chador Wangmo has subtly and creatively exposed the secrets hidden behind the closed doors of our society. It's a book every Bhutanese woman must read to find the strength to make right choices at the right time, and it's a book every Bhutanese man must read to ensure that it happens but not as a favour, rather as natural as it should be.


"I wonder if marriage was a union of two souls as it is often said or merely the ownership of one soul over the other." (p.172)

The book has impressed me in more than one way; I loved the title, the cover design, the size and promotion, the paper quality, and the general design. Chador has left no page unturned in the publication of her debut novel. Thank you for writing La Ama.
By PaSsu at 2:12 am