In 2003, I walked two long days to reach Sombaykha Pry School to become an apprentice teacher, where I spent a year. Reflecting on the experience I could relate so much to Lunana: Yak in the Classroom. Mine would be, Sombaykha: Leech in the Gumboot.
In 2015, after over a decade of teaching, I resigned to establish and run Bhutan Toilet Org. But a teacher can never fully resign. I have remained in touch with everything related to school and education.
As an immediate response to His Majesty's National Day Address calling for reform in education, V-TOB has initiated EduTalk: Together Forward, a platform to generate data to inform the reform. The 7 episodes of panel discussion produced at least 21 hours of meaningful conversation. During those long discussions, I have noted some speakers sharing that a good movie can have a huge positive influence on shaping an empathetic teacher.
With that in mind, I started listing movies that had a bearing on me when I was searching for myself as a young teacher. I have left traces of those movies that have influenced me on my blog since 2012, which are listed below along with the new ones I found more recently.
Following are the 10 Movies I wholeheartedly recommend for my fellow Bhutanese teachers. They are arranged in chronological order, from 1967- 2019 as it's difficult for me to put them in any order of preference.
I have a habit of reading about the movie I just watched, especially if it's based on a true story. I insist you do so with the movies on my list as most of them are based on real-life stories.
1. To Sir, with Love (1967) 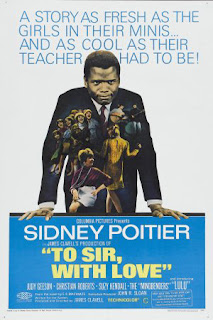 Adapted from the novel of the same name by E.R. Braithwaite, To Sir, With Love was the highest-grossing movie in 1967. Sidney Poitier played Mark Thackeray, an out-of-work engineer, who takes up a teaching job at a high school in London's East End, where discipline has completely broken down and the delinquents rule.
Unaffected by the rowdy students, Mark implements his own brand of discipline in class earning the respect and admiration of his students. Even after half a century, the movie is still relevant and influencing people across the world.
2. Dead Poets Society (1989) 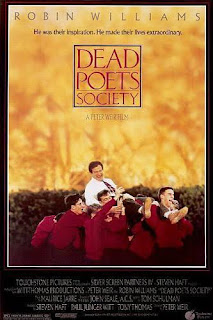 Starring Robin Williams as John Keating, a progressive English teacher who tries to encourage his students to break free from the norm, go against the status quo and live life unapologetically. His unorthodox teaching methods shock his colleagues but inspire his students to think beyond the careers ahead of them.
3. Dangerous Minds (1995) 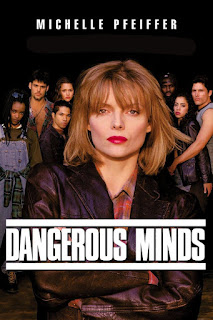 The story is based on the true tale of a dauntless California educator named LouAnne Johnson. The screenplay was based on her 1992 book, "My Posse Don't Do Homework."
Marine LouAnne Johnson leaves military life behind and becomes a teacher, but struggles to earn her pupils' respect in the tough inner-city school where she is assigned to a class that's much like the one in "To Sir, with Love".
In an early scene, she shows off a flashy karate move but declines an invitation to battle a class thug. "I'm not allowed to touch the students," she explains. But of course, she goes on to touch her two dozen pupils in profound ways.
4. Finding Forrester (2000) 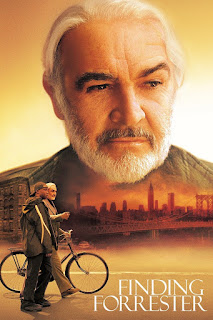 Little similar to "Good Will Hunting" (1997), Finding Forrester is about a friendship between Jamal Wallace (played by Rob Brown), an African-American student with natural talent in writing and William Forrester (played by Sean Connery), a reclusive writer who is hidden in his apartment for a long time, after writing an award-winning novel. The two seemed destined to meet; Jalam finds someone to share his writing brilliance with and William finds the reason to come out of his isolation.


This movie will work magic on literature teachers.
5. The Ron Clark Story (2006 ) 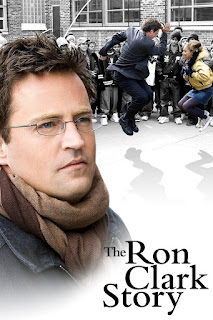 The Ron Clark Story, starring Matthew Perry is based on the true story of a gifted young teacher leaves his home in North Carolina to seek adventure and a job in the bright lights and tough schools of New York City.


The movie which I blogged about way back in 2012 shows us how far one can go with passion. Ron Clark takes up the worst class in New York City and walks them to the top, quite similar to several movies in this list but the way it's told will make you cry.
6. Taare Zameen Par (2007) 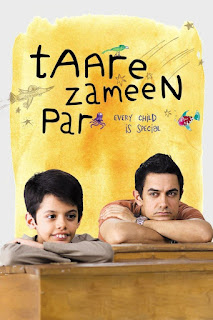 One of Aamir Khan's masterpieces, Taare Zameen Par is about a brilliant boy called Ishaan who is seen as stupid by his parents because of his poor academic performance. He sent away to a boarding school where he meets Ram played by Aamir Khan, an art teacher who recognizes the boy brilliance hidden under dyslexia. The movie opens our eyes after wetting them thoroughly.
7. Freedom Writers (2007) 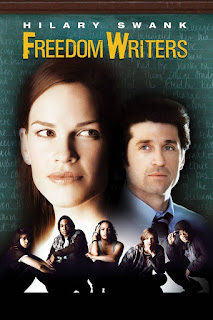 The Free Writers is an American Drama adapted from the best selling book The Freedom Writers Diaries (1999) by the teacher in the story herself, Erin Gruwell. This is another movie I have blogged about in 2012.

She takes up the job of teaching English on Long Island at 23. She is put into a class, which is almost a war zone where children nearly of her age and a lot bigger than her size are divided by racial hatred. These children walk with guns in the pockets and bitterness in their hearts, looking for any chance to start a fight. They come from a community that is divided into gangs and has a bloody history.

Our problems are nothing compared to what Ms Gruwell faces, she teaches in a classroom filled with resentments, where every careless word every minute starts up a fight. Her initial efforts to unite the divided class ends up making herself another enemy for them. The turning point in the story is a cartoon of a thick-lipped black boy passed around in the classroom that catches the attention of Ms Gruwell. Deeply saddened by the racism in the classroom she relates that cartoon with the cartoons of big-nosed Jews drawn by the biggest gang ever, the Nazi. She tells them about how that gang hated other races and divided countries and how that ended up in holocaust, taking away the lives of 6 million Jews.
This movie, which is based on the true story will show us how reading and journaling will transform us.
8. 3 idiots (2009) 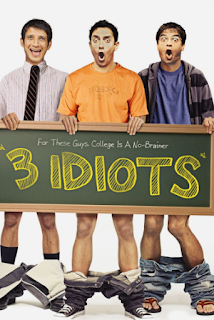 If you haven’t watched 3 idiots yet you are the idiot of the century. Surprisingly nobody minds being called idiot after that movie. Everybody wants to be the 4th idiot. I am sure there won’t be anyone who didn’t watch it over three times.

Rancho comes to college to learn engineering for the love of doing it and not to get the certificate. He gives 'Millimeter' money to buy a school uniform and join any school the kid likes. If he is caught ‘uniform change, school change’. Going to school is not about passing the exam, getting the certificate and going to the next level and finally landing up in a job. It is about learning. Rancho himself gets kicked off from class often but he gets into another class. This is something I want my students to seriously reflect on.

My favourite scene in the movie is when Rancho was asked, “What is Machine?” Despite his excellent answer, he gets kicked out. This happens in most of our schools. But what doesn’t happen here is what Rancho does when he returns for his book. The message goes out to students who are fond of mugging up books and most of all to teachers who fail to understand the depth of students’ mind.

I cried when Farahan’s father finally asks him to return the laptop and to get himself a professional camera. Life is not about what people would say, as is in our society too, it’s about what makes you happy. Farahan says, “If I become a photographer I may earn lesser, but for the rest of my life, every day I wake up I will happy”.
9. Hichki (2018) 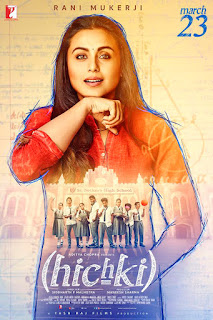 Hichki is said to be an adaption from Front of the Class (2008) but because of our closeness to Bollywood, I included it.
Rani Mukerji Plays Naina Mathur, a young lady who has Tourette syndrome. She lands a teaching job in an elite school but she is given class IX-F. I think we can all relate to this because, in most of our schools, the best students are put in Sections A and B. Her IX-F is filled with poor children from the slums.
Quite like The Dead Poet Society, Ron Clark Story, or Freedom Writers, you will see through your teary eyes how she takes IX-F to the top against all odds.
10. Lunana: A Yak in the Classroom (2019) 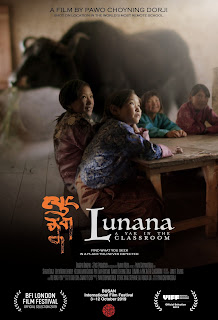 Now, let's come home. Lunana: Yak in the Classroom is inspired by and adapted from School Among Glaciers (2003), a documentary by Dorji Wangchuk. Directed by Pawo Choyning Dorji, it is a recipient of numerous international awards and has been considered for nomination at the 93rd Oscars.
It's about a young teacher, Ugyen, who dreams to go to Australia to become a singer.  but gets posted to Lunana School, to complete his service requirement before he leaves the service.
After trekking for 8 days he makes it to Lunana where he finds himself in a classroom with no blackboard. He decides to quit and run back home right away. He asks the Gup to arrange horses for him. During the few waiting days, he discovers his purpose in the warmth of the poor village's hospitality and the smiles of the young children in his class.
The Australian dream has taken away so many of our teachers and even Ugyen leaves finally but his short stay in Lunana transforms him as much as he does to the school and the children there. Watching Ugyen become a spiritual son of Lunana, it's so heartbreaking to watch him leave. You could see how badly he misses the warmth of Lunana when he performs Ya Labi Lhadha in a cold Australian pub where he landed his dream job of singing.
P.S. I wish to put all of them in a pen drive and send to the two colleges of education to be shown to and discussed critically with the student-teachers.
- January 08, 2021