I saw a few wooden showpieces at my wife's cousin's. I assumed they were imported souvenirs and didn't even spare another glance. Only this weekend, on my second visit, upon seeing a half finished woodwork on his bedside I realised it was his own artworks. Knowing that I was interested he showed me endless pieces of works he had done over the year.

Sangay Tshering didn't have any form of training in art and design. He had a natural fascination for collecting differently-shaped wood pieces and converting them into artworks without altering the original form of the wood. I don't know if his form of art has a specific name; it's like partnering with the natural forces to create art.

Any piece of wood with a strange shape, be it roots, trunk, branches or driftwoods, would become Sangay's canvas. He would observe the natural shape of the wood and simply polish out the subtle natural art into a distinct form. He has even experimented with bones, horn and fish skull. He has worked with pieces as small as a finger to as large as a bull. He could pick a huge piece of driftwood and convert that into a state of art writing table or TV stand, he has done that for friends.

Following are some of his artworks: 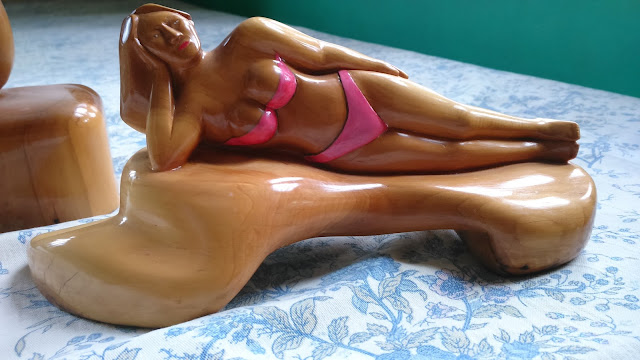 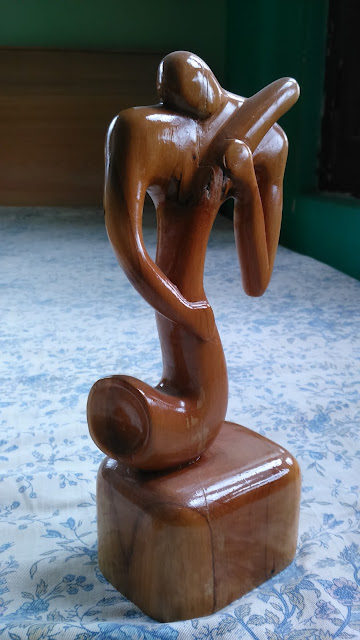 Here is the humble artist who doesn't even consider himself as an artist. Sangay Tshering has done hundreds of pieces of artworks and left them in places where he worked. He has never considered selling his artworks or doing an exhibition, in fact he hasn't signed his name on any of his pieces. He was just doing it for the sake of doing it, like a daily ritual without any ambition.


But I feel his unique talent deserves to be showcased so that his daily ritual could tell tales and inspire people and even draw new artists in his form of art. If you find his works special help me in telling him that he is a great artist. He can work on larger than life art pieces for hotels and art collectors, just dare him!
- September 02, 2015