Why do we need a religion? why a new one? 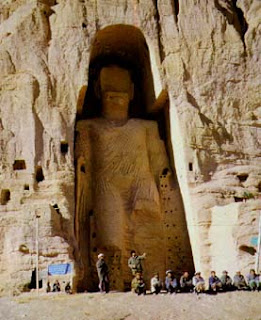 How many of us Bhutanese are Buddhist? Strictly hardly any of us are. Do we care? NO! and this carelessness in us has kept our country at peace so far. The bloodiest wars on earth are fought in the name of religions, thank god we never really bothered to know what religion we are supposed to follow, forget about fighting a war.

Buddhism has deep root in Bhutanese history and it has won faith over centuries. Therefore when a child is born he is a Buddhist by birth. Though half understood and half manipulated in blind faith yet our religion is keeping us happy and at peace. And as long as we have that we are ready to call it our religion.

We are the last country left, and we are changing- many new religions are breeding in the corners of our streets, and many people are working full time in spreading them. It's like forming gangs, who has the biggest gang has the most power to rule the streets. Buddhism is cool and tolerant and selfless, therefore we never had problems of any sort...now the religions known for wars are coming up in our street, and they are already showcasing groupism and the day is not far when we will have to see Holy Wars!

We don't want any New Religion in our country- STOP RELIGION, STOP WAR we will get nothing more than war and blood in the name of god ( actually it is not god, it is some crazy people doing all these stupid things)

Picture from Google: the ancient Buddha statue in rock before Taliban bombed it down. We didn't say anything. Buddhism is tolerant.
By PaSsu at 11:28 pm