Should I kill myself, or have a cup of coffee?


People are closing the chapter on the Suicide too soon, yet again, as expected. It's just a few of us who thought things will change forever, that the death of two young people hanging by one tree would awaken the country to the grave reality of suicide. Are you going to wait till someone hangs on the tree at your gate? Or will it take someone to hang on your bedroom fan to make it matter to you personally?

Suicide is a very fragile subject, which is differently understood by different people: Some think it's brave act to face one's death, while other say that someone who can't face life's problem is a coward. Some explain how it's an unchangeable fate, while others believe it's impetuous stunt to prove a point.

1957 winner of the Nobel Prize for Literature, Albert Camus makes it sound so simple when he says, “Should I kill myself, or have a cup of coffee?” Suicides are generally driven by simple problems that could be solved easily over a cup of coffee, if only we could hold on for that long, because it seems that for the victims there is no bigger problem at that point in time. That's why we need to discuss it, and make professional help easily accessible to people in problem. 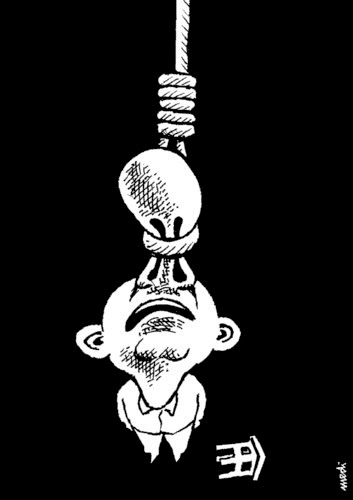 March 10, 1997: It was the reporting date for class VIII students in Paro Gaupay. Class VII students were announced to report after Paro Tshechu. I didn't receive my result sheet, which was to be delivered by post in January. However, nobody really bothered about my missing result because they knew I was the best. I had the reputation of being 'the boy who never failed' both at home and in the village. So they packed my bags and sent me on March 10.

My uncle was an army officer and he sent me in an Army DCM truck with several children from army camp. Those kids had received their results and their seat in class VIII were confirmed while I was to visit the headmaster and get my result first.

The driver uncle accompanied me to the headmaster's office, he looked confident because he heard from my uncle about how good I was. The headmaster knew me well because of the several visits I paid to his office the last year, and he was so pleased to hand over the result without even punishing me for not having submitted postal address like other kids. I have failed in three subjects. Headmaster told driver uncle to take me back home and send me after tshechu holidays, because that's when class VII students should report.

I turned numb with shame and guilt. I was scared. The army driver who heard so much about me from my uncle was thoroughly confused. He reloaded my bags into the DCM and asked me to join him in the front of the truck. I refused his offer and climbed on the back of the truck, where I was alone now because all the other children had passed and were staying back.

Then as we began our journey back to Dechencholing my fear began to escalate. I couldn't imagine facing the crowd at home. I feared my uncle even in normal times. That's when I decided to jump of the moving truck. I thought to myself- what would they do if I died? Would they forgive me? What if I got seriously injured? Would they forgive me? Hundreds of thoughts asking each other questions and making answers.

I still get cold feet when I think of that moment, that delicate moment when I was ready to jump. Then I sat down and calculated what would happen in the worse case scenario? How much will they scold me or beat me? By tomorrow morning won't everything be over? That decision I took that day, with half my body hanging from a moving truck was the best I took. I thank that 13 year old me for saving me.

We reached home at dinner time. The army driver knocked on the door, and upon calling he went in and gave a loud salute to my uncle, who was having dinner with houseful of family members - we usually have no less than 15 people seated at a meal.

"So you are back from Paro?" Asked my uncle,
"Yes Dasho" Army driver replied. I could hear the beat of my heart in my mouth.

"Did you reach my boy to his school?"

"No Dasho, I brought him back."

"Why?"
"He has failed, and Headmaster told him to come after Paro Tshechu."
All 15 people in the house laughed long and loud, and amidst their laughter I made my entry with a timid smile. They laughed more. And I laughed too. Someone went to pick my plate and I joined them. Nobody even scolded me.

The fear, shame and guilt were my own construction for which I nearly jumped of the truck. Over the funny dinner I thought what would have happened to this wonderful dinner if I had jumped.

After that year I never looked back. I rebuilt my "the boy who never failed" reputation at home and in village. Became the first boy from my village to qualify from class X, and from XII. Got degree, became a happy teacher and lived to write this post.
By PaSsu at 2:14 am