In 1920s Germany, there lived two young brothers, Adi Dassler and Rudi Dassler, whose father worked in a shoe factory and mother ran a small laundry business. The brothers went to the shoe factory with their father, and later began making their own shoes in their mother laundry room. They began 'Dassler Brothers Shoe Factory', which prospered. 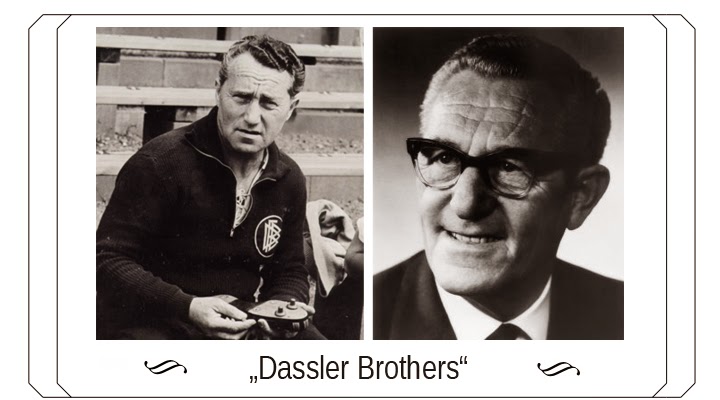 Turning point was in 1936, then Adi drove all the way to Olympic village with a suitcase full of their shoes, and made an African American sprinter wear their shoes. The sprinter went on to win four gold medals and that made their shoes shined best in the sport world. Then World War II set in and the brothers were divided. They became rivals.
Rudi started his own firm and called it Ruda (Rudi Dassler), which was later re-branded as Puma, and Adi stared his own firm and named it Adidas (Adi Dassler). This is the story of two greatest shoes makers- Adidas and Puma.

My interest in the German brother began in 2011 when Dawa Drakpa started ShoeVival, a shoe laundry, the first of its kind dared by a Bhutanese. His parents had sent him to get a degree in BSc Nursing from Bangalore, but to their disappointment he returned from Mumbai with a shoe laundry franchise, and without the degree. Unimaginable, but that's the strangeness of destiny.

In a society that has chronic traditional hierarchical ego, where mending shoes was always associated with expat cobbler families, a young Bhutanese university student proudly establishing a brand was a history in itself. He broker the curse. Overnight he turned what was earlier perceived as 'dirty job' into a sexy profession. He made a strong statement, and most importantly he lived the example well.
How much adventure can one have in a shoe laundry business? Wait until Dawa Drakpa rode with Bhutan Dragon Motorcycle Club on their gorgeous Royal Enfield monsters to 'Help Shoe Bhutan'. His laundry collected, refurbish and loaded 5996 pairs of shoes on the back of a DCM truck that followed the bikers across the country. They distributed shoes and collected smiles from so many corners of the country, they reached some places where no shoe has reached and touched some feet that were never touched by shoes.

After 5996 shoes, perhaps it dawned on him that if he gave man a shoe, it ends with that shoe, but if he taught man how to mend his shoes then it will last across all the shoes the man and his neighbors will ever have in their lives. This was the beginning of another adventure for the shoe man.

He is now on a long journey to saw his seeds across the country. As I write this story, he must be somewhere in Bumthang teaching school students his trade. He is now setting up Help Shoe Clubs in fifteen school across the country. The journey began in Dashidingkha MSS in Punakha where the club was set up and students were given thousands worth of tools and million worth of skill and inspiration. The man is travelling east and he is going to inspire many Dawa Drakpas on his way, and perhaps a few Dassler brothers.

These are the schools in the first phase list: Dashiding MSS, Sherubling HSS, Jakar HSS, Yadi HSS, Phayum HSS, Tashigang MSS, Rangjung HSS, Baylling HSS, Samdrupjongkar MSS, Sonamthang MSS, Damphu HSS, Sarpang HSS, Dagana HSS, Nangkhor HSS & Nanglam HSS. One day there will be a time where every Dzongkhag will have a Bhutanese professional cobbler who is proud of his job, and one day the expat cobblers who lived in Bhutan for over three generations will close shop and say, "Saaaala, Now Bhutan has changed", and that day you know whom to remember.
I am proud to be born in the crazy generation with people like Karma Yonten, Farmer Sangay and Dawa Drakpa. The thrash man, the Farmer, and the shoe man.
- August 18, 2014