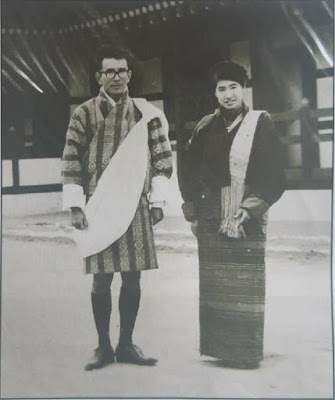 The story of Dasho Nishioka and his life in Bhutan is no short of a fairy tale; I still can't fathom how a sophisticated metropolitan had possibly left behind his comfortable Japanese life and decided to work in Bhutan in 1964? 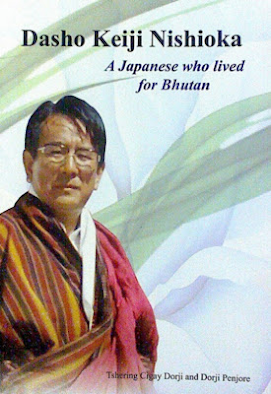 The book, Dasho Keiji Nishioka- A Japanese who lived for Bhutan by Tshering Cigay and Dorji Penjore deserves the recognition of being the first to recount the life of a great being who by all means deserved to be remembered. However, it should be forgiven for not being a comprehensive biography, one that is worthy of celebrating an extraordinary life and works of Dasho Nishioka.

A foreigner who is awarded Bura Marp by His Majesty the King, given a grand state funeral, awarded Druk Thugsey Medal posthumously, built a chorten in his memory and has a flower named after him, if he is not worth several volumes of books then something is missing. 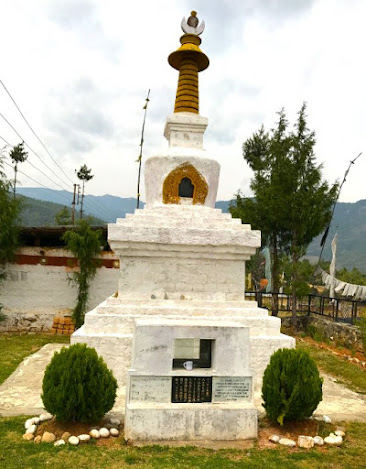 His numerous accolades are not what defines Dasho Nishioka, the true value of the man is in knowing why has he been recognized so grandly. His death from a tooth infection in 1992 at the prime age of 59 could have been avoided if he was anywhere outside Bhutan. He paid the ultimate price for his dedication to this country. When lamenting the loss of a great being, his daughter, Yoko says her father had nothing much to live for, having achieved so much in his short life. His was truly a short and fat life.

I have heard of a certain Japan Sayab who revolutionized agriculture in Bhutan but it was only in this book that I connected all the dots and began to form a whole picture that I could appreciate. He came to Bhutan in 1964 when life in Bhutan was physically daunting; only Thimphu and Paro were connected by road and it wasn't until the 1980s that we had electricity. But despite the formidable odds the Japanese volunteer chose to stay beyond his two years assignment and gave 28 years of his life to Bhutan, until his death. He spent five years of his life in Bhutan in Zhemgang, the Dzongkhag that took weeks to reach on foot back then and that still is considered a difficult place in 2020. 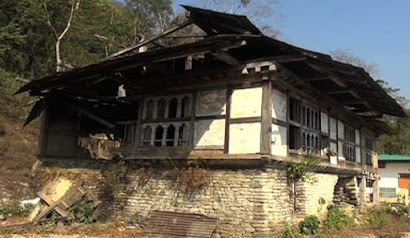 A prosperous life awaited him in Japan but he laboured in Bonday Farm to change agriculture in Bhutan. The book gives us an overview of his experiments and initiatives to mechanize farming, improve seeds, enhance yield, create access to market, improve storage, initiate processing, packaging and exporting, build the capacity of the farmers, leverage on the organic brand from Bhutan. What? déjà vu!

If I hadn't read this book I would be disillusioned into thinking that we have come a long way but half a century later we are still talking about the same issues in agriculture. My conversations with Dr. Lam Dorji on his 'farm to market' project and with Farmer Sangay on Farming 4.0 will never be the same. I want them to read the book and have a soulful conversation with them on how we failed Dasho Nishioka.

This year the pandemic forced us to wake up to the hard reality that we are still not capable of producing our own food, not even rice. The book tells us that Dasho Nishioka succeeded in enhancing the rice yield three times by improving the seeds. How much have we enhanced it since? It's a shameful revelation of our hypocrisy that we haven't been faithful to the mission that Nishioka started. We left it to him.

On page 59, a picture of Bonday Farm from the 1980s is juxtaposed with another one taken from the same spot in 2010, almost 30 years apart, and in sharp contrast to the common expectation that the Farm would have flourished into a mega farm, one could see the farm was doing better in the 80s than 30 years later.

The book relates how even back in the days Dasho Nishioka had to bargain with insincere and lazy Bhutanese to work hard on their own farms by means of reward and punishment. Imagine the frustration of a hardworking Japanese when faced with our suffocating complacency. Had we inherited a little bit of Nishioka essence we won't be having the debate on food security today. We will be exporting premium organic food to the world.

But Sorry Dasho Nishioka, we failed you. Should you come back somehow and see how far we have reached since you left you will be heartbroken.

This book should be read like an initiation prayer by every Bhutanese who joins the agriculture sector so that they recognize and appreciate the history of modern agriculture in Bhutan, and about the foreigner who put his everything in it; to let them question why we are still where we began and to inspire them to work toward a real change with the dedication that would have won the approval of Dasho Nishioka.

The book that was published in 2011 deserves a second edition with more contents on the legend's private life in Bhutan to make it a complete biography. The book needs better design and change in the paper type (non-glossy) to make it reader-friendly while printing the pictures on glossy paper.