Email ThisBlogThis!Share to TwitterShare to FacebookShare to Pinterest
Our school was informed about one of our girls being involved in illicit relationship after school, and after repeated information school followed up and caught the girl red-handed. She was called to office the next day along with her parents but she has brought along her sister, stating her father has gone to a meeting. The sister said that the father was sick. We knew the father was neither sick nor in meeting but knowing that it's a matter to be discussed with female member first we entrusted the sister to understand the risk of innocent girl being involved in such cases and requested her to inform her parents to take care of the girl after school.

The case was dealt sensitively and the girl was given to understand the full gravity of the situation but as if to insult all our effort she asked the school to let her withdraw from the school for a year. She said she would continue next year. We dealt with her plea even more carefully, stating she should discuss with her parents and bring the parents along to school. 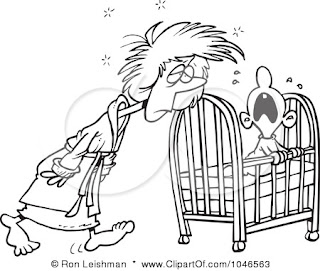 That evening we received a call from the girl's mother and the call wasn't just unreasonable but shocking at best. Now you decide what type of home the girl lives in;

"How can you throw out my child from the school? Do you think I don't know any rule? I have watched on TV about school rules and I know my child is allowed to commit mistake for three times before she could be expelled from the school." (Well, that debate on BBS has confused her more than it educated her. Hope she is alone in this confusion)

School explained that her girl was not expelled whatsoever and we wanted her to change her decision of dropping the school for a year. We explained about the case and also the presence of the sister during the process. But the mother went on,

"Why can't my girls make boyfriends? There are many girls like that why are you only pointing at my girl. Your own madams have said that girls are allowed to make boyfriends and that they have to use condom..." (This very discouraging. Over ten lady teachers took weeks to plan the awareness program and invested one whole Saturday in talking to the girls and here someone just misuses the intention of the words.)

After that school saw no point in discussing the matter with this mother. All our efforts in caring for the girl looked like a failed mission looking at the kind of mother that runs the home. We asked the mother to come to the office to settle the matter- though there was nothing to settle at all.
I in particular want this woman to swallow every word of hers, but the mother never showed herself in school. The girl's father came with loads of apology. He informed us that his wife was drunk while accusing the school. At least he understood that we were trying to help his daughter, attitude that has become rare among parents.
By PaSsu at 7:57 am