Because My Parents Are Divorced...

Email ThisBlogThis!Share to TwitterShare to FacebookShare to Pinterest
Once upon our time divorce was a strange word, and we were made to believe that stepparents are always evil. Interestingly I grew up with my stepfather who proved my beliefs wrong. As a child I waited for him to treat me bad so that I could challenge him and run away from home. I was 21 when he died. I thought I cried enough but I was wrong. Often during my sleepless nights I miss him, in fact I could never overcome the tragedy of his death. A part of me was broken forever.

Not all marriages are made in heaven, some people are never meant to be together, and divorce is not everybody's first choice but there comes a point in relationship where all all logical reasoning ends, where the best chance is to stay away from each other. Lucky are the people who could choose their separation this way, unlike my mother who was separated from my father and even my stepfather by the unforgiving hands of death. 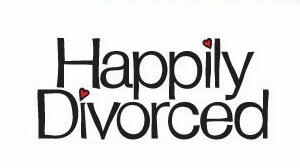 Psychologists say that children from broken families are vulnerable to many social problems, and it's mostly true. Some children change overnight and some bury the pain inside until it snaps. But some children selflessly become part of the happiness that their parents gradually find outside of their irreparable marriage. Sometimes it's good for children to live with happily separated parents than to bear with unhappily married parents, who fight every night.

As a teacher I am witness to so many problems related to children in school and being in School Human Resource committee (discipline committee renamed) I had the opportunity to get to the depth of many issues. We have been very sensitive in dealing with children when they appear before us and before we decide on anything we do a thorough background check on them. But recently a new trend of blaming parents' separation as the cause of their mischief has become popular, probably it could could be because of their initial success with the excuse.


All the above examples are not real but do have connection to real incidences compiled from different times and places.

With due regard and sympathy for the children who are really suffering, I would like to urge those children who break rules to be honest enough to accept the outcome of your misdeed on to yourselves rather than shamelessly dragging your parents along to take the blame of your selfish behaviours. Know that there are millions of children around the world without parents, without home and without food, and consider yourself very lucky that you have both parents. When you don't appreciate the enormous luck god gives you now and make mockery of it, you may have to live without it someday.

And remember you have to become parents one day...
By PaSsu at 7:31 pm